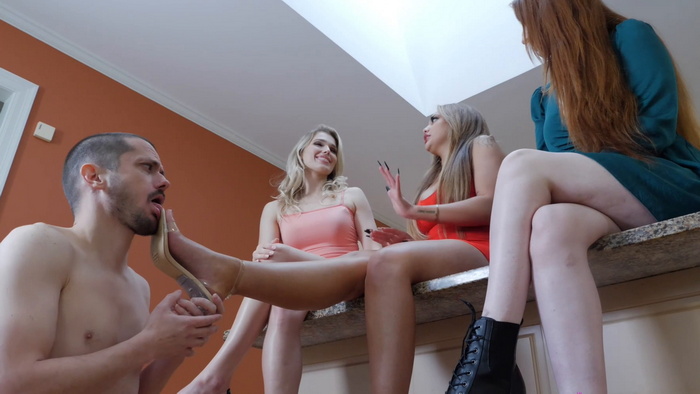 Amber, Nika and Riley make Fluffy lick their shoes and worship their feet. The girls have nanny cams installed in their rooms so they can spy on their slaves when they aren’t home to see if they are behaving. Fluffy didn’t know he had been being watch by Nika. He had been sniffing her underwear and socks like the stupid Beta he is. Fluffy is shocked when he finds out he has been being watched. He has to say sorry and now buy her all new stuff because he decided to touch her things. Fluffy begs for forgiveness while sucking and licking their heels. Worshipping their feet and being spit on isn’t a good enough punishment. He deserves more bullying.

After Fluffy was informed about being caught on camera, he tries pleasing the girls. But nothing he does in life is ever good enough. His presence annoys the girls and their anger and annoyance level raises. So their rage comes out and they step on him, slap him, spit on him and verbally humiliate him. Maybe he will learn to not be such a creep 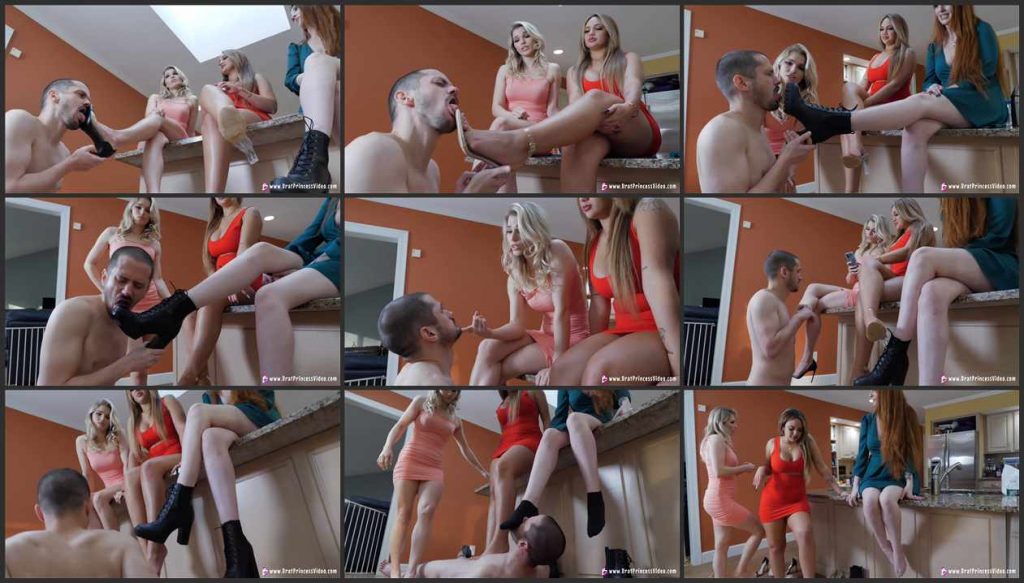 Double Foot Domination, Lazy Roommate Woken Up By The Smell Of Hard Work with Jasper Reed and Nika Venom