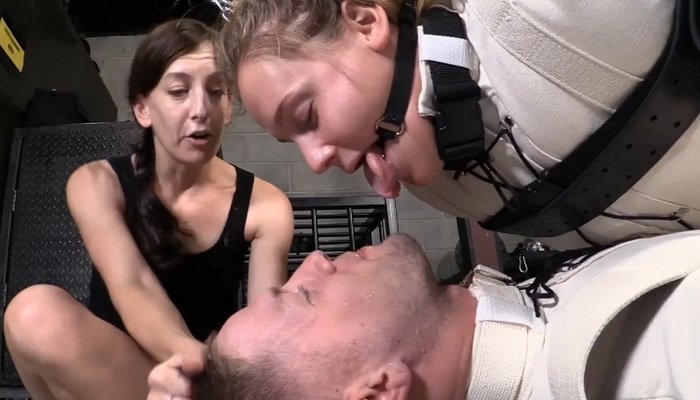 Elise is very pleased to be playing with Sasha and JimmyUSMC, a lovely young kinky couple! She has all sorts of fantasies to live out with them! This particular one, however, is very involved but worth it! First, Elise secures each one of them into a heavy canvas Max Cita sleepsack. In the case of Sasha, Elise has also fitted her pussy with a Stanley Jr. electro plug. Elise then hoists Sasha up into the air, face down, dangling right over Jimmy. With Sasha’s recently split tongue, Elise believes she needs some practice using it, and so Elise places a gag in Sasha’s mouth and begins to probe her mouth her a gloved hand, all the while slobber is falling onto Jimmy’s face. Next, Elise turns Jimmy around, and lowers Sasha’s mouth onto Jimmy’s hard cock. 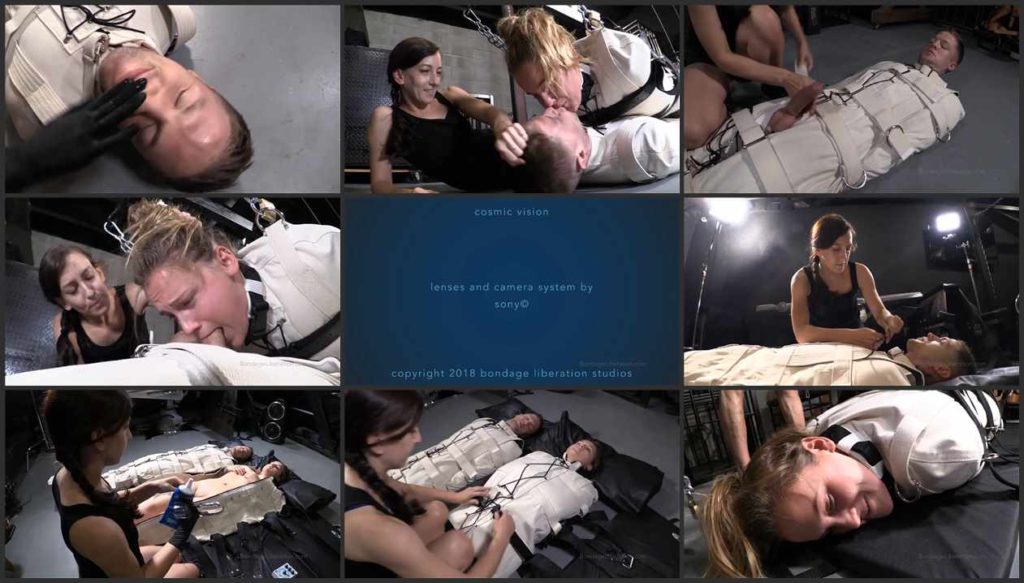 Lezdom Orgasm Control, The Ride of a Lifetime – Elise Graves and Sasha