Bird bitch robin sees a chance to capture Madame kitty and decides to take it without backup. Thinking it was far to easy he quickly finds out that it was a trap and Madame kitty quickly subdues him with a puff of powder blown into his face. He is now under her control and quickly put to work as she taunts the bat via a video by showing off all the power she has over him. She uses him as a foot stool, has him stand and tell her that he could careless if she want to chop off his manhood with the cold metal she wields. Hes even willing to expire if that’s what she desires. She decides that this would be the perfect thing to torment the bat with and puts his loyalty to the test. A layer of plastic and her lips is all it takes as she films the horror for bat to see. She is all powerful and the bat is now out a sidekick. 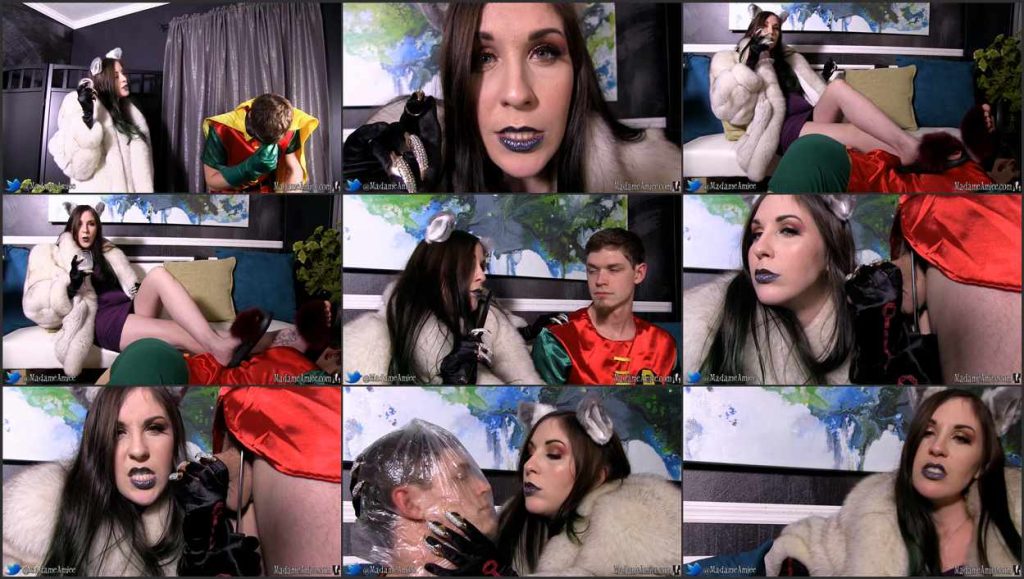 CBT and Ball Abuse, Invited To His Demise

Lady Deluxe – Moya The Kitty, Punish Her Slave With an Iron Chain

Cruel Zora and her Incredible Power